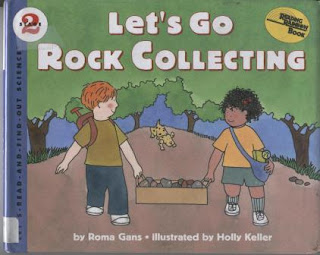 A lawsuit over a rock.

Sounds like a job for a lawyer with a geology background.

Must be some rock, huh?


FRANKFORT, Ky. (AP) -- The fight over a rock that lay for years at the bottom of the Ohio River spilled into federal court Tuesday when Kentucky sued an Ohio city, seeking the boulder's return.

Attorney General Jack Conway sued the city of Portsmouth, Ohio, and three men in federal court Tuesday over the 8-ton boulder known as Indian Head Rock. The lawsuit seeks the rock's return to Kentucky and the cost of damages.

The historic rock bears numerous carvings of initials, names and a crude face and once jutted above the surface of the river, serving as a navigation marker for boaters. However, it was overtaken by the river in about the 1920s and was submerged until September 2007, when a historian in Ohio led a team to remove it, saying it was in danger of being damaged or lost forever.

The boulder now rests in a city garage in Portsmouth, Ohio, along the Ohio River about 110 miles southeast of Cincinnati.

"We tried to negotiate for several months in good faith and we were unable to reach an agreement," Conway spokeswoman Allison Martin said. "We hoped we could work this out in a settlement that was suitable to both sides and bring the rock back to Kentucky, but we weren't able to do so."

Conway had proposed a settlement in November that would have avoided a federal lawsuit. It called for Indian Head Rock's return to Kentucky so it could be put on display. Conway also wanted a public apology and for the city of Portsmouth to pay attorneys' fees and build a display on the Kentucky side of the river.

Martin said the deadline to agree on a settlement was Feb. 1.

Shaffer, who led the efforts more than a year ago to pull the sandstone rock from the river, and Vetter, one of the alleged divers, each face a felony charge in Kentucky of removing a protected archaeological object.

Bauer, who was mayor from 1998 to 2004, said he was unaware of the lawsuit and didn't understand why he'd be listed as a defendant. The lawsuit claims Shaffer and Vetter took the rock at Bauer's request - a claim Bauer denied.

"I haven't seen the lawsuit." Bauer said. "For me to be named, this action took place probably a couple years after I was in office, it just doesn't quite make sense to me."