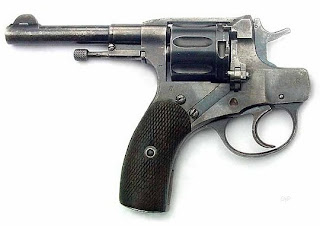 How does this slip your mind?

How did he forget to mention this when asked if he was contacted to make a donation to Blago?

Just a simple and 'honest' mistake? They didn't ask me the 'right' questions? 'Mere' perjury?

The disclosure reflects a major omission from Burris' testimony in January when an Illinois House impeachment committee specifically asked if he had ever spoken to Robert Blagojevich or other aides to the now-deposed governor about the Senate seat vacated by Barack Obama.

State Rep. Jim Durkin, the impeachment committee's ranking Republican, told The Associated Press that he and House Republican Leader Tom Cross will ask Sunday for an outside investigation into whether Burris perjured himself.

Senate Majority Leader Harry Reid of Nevada also said he was reviewing the disclosure, the latest twist for Senate Democrats in Washington who only consented to seat Burris on the condition that there were no "pay to play" promises exchanged in the appointment.

Burris said he voluntarily gave the committee a Feb. 4 affidavit disclosing the contact with Robert Blagojevich because "there were several facts that I was not given the opportunity to make during my testimony to the impeachment committee."

The affidavit, released by Burris' office after it was first reported by the Chicago Sun-Times, said Robert Blagojevich called him three times - once in October and twice after the November election - to seek his fundraising assistance.

Robert Blagojevich's attorney said his client believes one of the conversations was recorded by the FBI.

Burris, a Democrat like the former governor, said he told Robert Blagojevich he would not raise money because it would look like he was trying to win favor from the governor for his appointment. But he said he did ask the governor's brother "what was going on with the selection of a successor" to Obama in the Senate and "he said he had heard my name mentioned in the discussions."

It's the second time Burris has changed his story. In an unsolicited affidavit to the impeachment committee on Jan. 6, Burris said he had only one limited conversation with the governor before accepting the Senate appointment.

Then, appearing before the committee Jan. 8, he said he told former Blagojevich aide-turned-lobbyist Lon Monk last summer that he was interested in the post.

The governor appointed Burris, a former state attorney general, to the Senate seat on Dec. 30, three weeks after federal agents arrested Blagojevich on a complaint alleging he had tried to trade the appointment for campaign cash or a high-paying job. The state House impeached Blagojevich and the state Senate removed him from office on Jan. 29.

Reid and Dick Durbin of Illinois, among other Senate Democrats, initially said they would not seat anyone appointed by Blagojevich but eventually relented after accepting Burris' impeachment committee testimony under oath that there were no promises exchanged for his appointment.

A spokesman for Durbin said the senator was overseas and had not seen the affidavit or compared it to the testimony. The White House had no comment.

State House impeachment committee chairwoman Barbara Flynn Currie, a Democrat, said she saw the affidavit earlier this week but did not have time to share it with all committee members until now. She said she was planning committee action but that seeking an outside investigation was premature at this point.

The affidavit discloses for the first time that Burris believes he likely told former Blagojevich advisers Doug Scofield and John Wyma of his interest in the post at a fundraiser in June and later asked about it when he spoke to Blagojevich chief of staff John Harris, who was arrested with Blagojevich on Dec. 9.

Scofield, Wyma and Harris were among the Blagojevich associates Burris was asked about in his Jan. 8 testimony by Durkin.

In response, Burris said he had spoken only to Monk.

"This wasn't a couple of questions that I can understand someone may forget, it goes way beyond that," Durkin said Saturday. "To say that he wasn't given the opportunity to explain himself is a load of B.S."

Durkin said he doesn't trust majority Democrats in the General Assembly to conduct a fair investigation into whether Burris perjured himself. But he said he doesn't know yet who should conduct the inquiry.

A log of Harris' calls released to the AP by the governor's office indicates Burris called Harris four times in November - the last time on Nov. 26, when the log indicates the two spoke. Burris' affidavit says he had called Harris to recommend his nephew for a state job and during the conversation asked about the Senate seat.

A spokeswoman for Burris said he would not make himself available for interviews Saturday.

Robert Blagojevich's lawyer, Michael Ettinger, said his client contacted Burris in October to ask him to host a fundraiser for his brother because Burris had contributed in the past, but Burris said he didn't want to commit before the election. Ettinger said the subject of the Senate seat wasn't raised.

Ettinger said Robert Blagojevich remembers only one other conversation in November from the governor's campaign office, which the FBI had wiretapped at the time. He said his client confirmed Burris' account that he declined the fundraiser because of the potential conflict.

But he also told Ettinger no one on his brother's staff had ever mentioned Burris as being interested in the seat.

A publicist for the former governor released a statement saying Blagojevich "acted ethically and honestly and believes Sen. Burris did too."

In explaining his incomplete testimony, Burris said in the affidavit he recalled mentioning Monk "but was then asked another question and did not mention anyone else."

His lawyer, Timothy Wright III, said in a cover letter Burris answered "truthfully and to the best of his recollection," but that the "fluid nature" of the questioning and a review of the transcript showed Burris that he "was unable to fully respond to several matters."