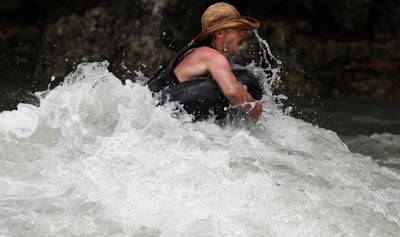 The river can be a dangerous place at times.

A confidential settlement has been reached in a lawsuit filed by the family of a couple who drowned while tubing during high river flows on the Guadalupe River near New Braunfels in 2010, an attorney in the case said this week.

The suit, which alleged gross negligence and wrongful death, was filed in U.S. District Court in San Antonio against the ownership of Whitewater Sports, the FM 306 tubing outfitter that on Sept. 17, 2010, rented tubes to Mario Morquecho and wife Maria Mendoza, a vacationing couple from Nuevo Leon, Mexico.

The suit was filed by attorney Derrel Luce of Waco on behalf of Carmen Farias of Nuevo Leon and the rest of the couple’s six children, two of whom were on the ill-fated tubing trip.