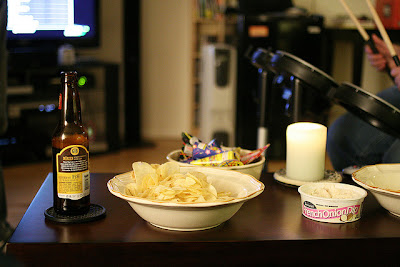 It may bit a wee bit too late for marriage counseling here.

LINDSAY, Ontario (AP) – A Canadian couple faces domestic assault charges after attacking each other with chips and dip after apparently fighting over the last beer.

Police in Lindsay, Ontario, say they were called early Friday to a home where there had been 15 previously documented domestic disputes.

When officers arrived, they found both people covered in chips and dip.