A good idea whose time has come 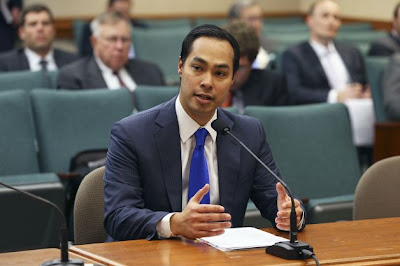 However, its being opposed.

Why?  Because of a perceived 'loss of power'?

Who knows, but it sure would make sense to cut waste and duplication of services and bureaucracy.

AUSTIN — San Antonio Mayor Julián Castro opposes a proposal to consolidate governance with Bexar County, and believes the move would negatively affect the city's credit rating, response times for emergency services, and increase spending, according to a letter from Castro dated Thursday.

“While the City of San Antonio supports policies which enhance the efficiency of City and County government, eliminate duplication of services, reduce costs and improve customer service, (Larson's legislation) does not accomplish these goals,” Castro wrote in the note submitted to the House Committee on County Affairs.

The consolidation was proposed in two bills filed by State Rep. Lyle Larson.