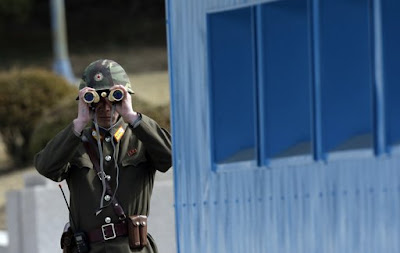 Has the war started?

Where did North Korea get the computers to do this?  Where did they get the electricity to run them?


(Reuters) - South Korean authorities were investigating a hacking attack that brought down the servers of three broadcasters and two major banks on Wednesday, and the army raised its alert level due to concerns of North Korean involvement.

Servers at television networks YTN, MBC and KBS were affected as well as Shinhan Bank and NongHyup Bank, two major banks, the police and government officials said. At least some of the computers affected by the attacks had some files deleted, according to the authorities.

"We sent down teams to all affected sites. We are now assessing the situation. This incident is pretty massive and will take a few days to collect evidence," a police official said.