This shit is bad 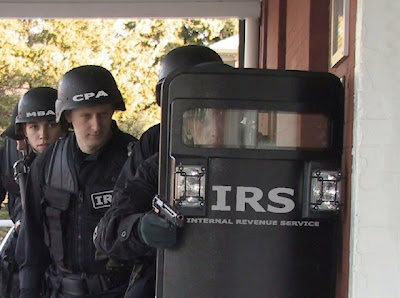 WASHINGTON (AP) — Senior Internal Revenue Service officials knew agents were targeting tea party groups as early as 2011, according to a draft of an inspector general's report obtained by The Associated Press that seemingly contradicts public statements by the IRS commissioner.

The IRS apologized Friday for what it acknowledged was "inappropriate" targeting of conservative political groups during the 2012 election to see if they were violating their tax-exempt status. The agency blamed low-level employees, saying no high-level officials were aware.

But on June 29, 2011, Lois G. Lerner, who heads the IRS division that oversees tax-exempt organizations, learned at a meeting that groups were being targeted, according to the watchdog's report. At the meeting, she was told that groups with "Tea Party," ''Patriot" or "9/12 Project" in their names were being flagged for additional and often burdensome scrutiny, the report says.