The dice are being rolled 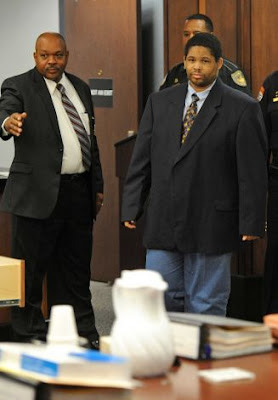 The question is are they, the jury, going to believe he no longer presents a threat even if locked up.

The defense will get its last chance to save courthouse shooter Bartholomew Granger's life today after jurors listened to an hour and a half of profanity-laden recorded jailhouse telephone conversations on Thursday in the penalty phase of his trial.

Granger, 42, of Houston, was found guilty on Tuesday of capital murder in the March 14, 2012 shooting death of Minnie Ray Sebolt in front of the Jefferson County Courthouse.

Prosecutor Ed Shettle explained to the jury that the question of whether to assess the death penalty, which the state is asking for, comes down to answering the questions of whether Granger is a future danger to society and whether there is mitigating evidence to justify sentencing him to life with parole instead.