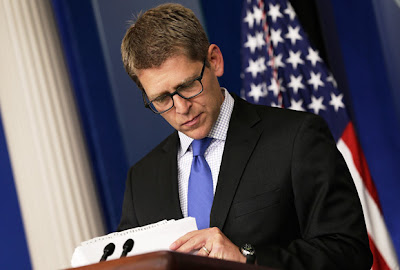 But, this one is a doozy.

It’s a cliché, of course, but it really is true: in Washington, every scandal has a crime and a coverup. The ongoing debate about the attack on the United States facility in Benghazi where four Americans were killed, and the Obama Administration’s response to it, is no exception. For a long time, it seemed like the idea of a coverup was just a Republican obsession. But now there is something to it.

On Friday, ABC News’s Jonathan Karl revealed the details of the editing process for the C.I.A.’s talking points about the attack, including the edits themselves and some of the reasons a State Department spokeswoman gave for requesting those edits. It’s striking to see the twelve different iterations that the talking points went through before they were released to Congress and to United Nations Ambassador Susan Rice, who used them in Sunday show appearances that became a central focus of Republicans’ criticism of the Administration’s public response to the attacks. Over the course of about twenty-four hours, the remarks evolved from something specific and fairly detailed into a bland, vague mush.

From the very beginning of the editing process, the talking points contained the erroneous assertion that the attack was “spontaneously inspired by the protests at the U.S. Embassy in Cairo and evolved.” That’s an important fact, because the right has always criticized the Administration based on the suggestion that the C.I.A. and the State Department, contrary to what they said, knew that the attack was not spontaneous and not an outgrowth of a demonstration. But everything else about the changes that were made is problematic. The initial draft revealed by Karl mentions “at least five other attacks against foreign interests in Benghazi” before the one in which four Americans were killed. That’s not in the final version. Nor is this: “[W]e do know that Islamic extremists with ties to al-Qa’ida participated in the attack.” That was replaced by the more tepid “There are indications that extremists participated in the violent demonstrations.” (Even if we accept the argument that State wanted to be sure that extremists were involved, and that they could be linked to Al Qaeda, before saying so with any level of certainty—which is reasonable and supported by evidence from Karl’s reporting—that doesn’t fully explain these changes away.)