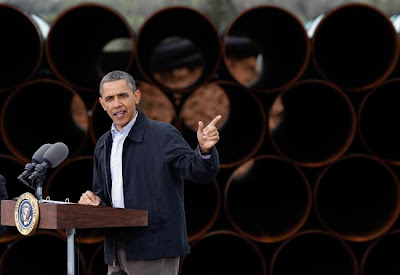 This thing has been environmentally examined to death.

Get it done already.

Because he ain't going to do it.

WASHINGTON — House Republicans pushed through a bill Wednesday to bypass the president to speed approval of the Keystone XL oil pipeline from Canada to Texas. Democrats criticized the legislation as a blatant attempt to allow a foreign company to avoid environmental review.

Republicans said the measure was needed to ensure that the long-delayed pipeline, first proposed in 2008, is built.