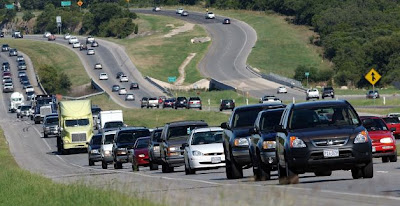 You know, like a "cutting off your nose to spite your face" idea.

The Texas House of Representatives passed a bill Tuesday that would open the door to a private developer one day building a toll road project on Loop 1604.

If the bill becomes law, state or local transportation officials would have the option to partner with a company or other private entity that could front the money to develop, finance, build, maintain and operate the toll road.

The northern half of Loop 1604 would be the first Bexar County highway eligible for what's called a “concession comprehensive development agreement.”