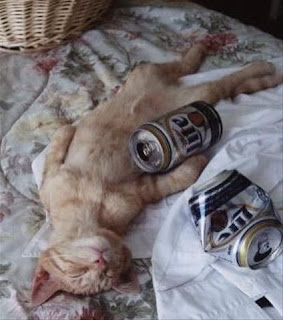 My guess is, after this, he won't be interning at the DA's office anymore.


Do you know who I....was?
By Laurel J. Sweet-Boston Herald.com

Stinking of booze, Ivy League irritant Charles Claudio Simpkins, 24, allegedly climbed into the back of a police cruiser dispersing night crawlers from the Theater District early Saturday morning and in a refreshing new twist on “Do you know who I am?” demanded of officers, “(Expletive) you, give me a (expletive) ride, I work for the district attorney’s office.”

Simpkins, a politically active conservative, is in his final year at Harvard Law School and - until his bust on charges of being disorderly and resisting arrest - was hand-picked by Harvard to be an intern in Suffolk District Attorney Daniel Conley’s office.

As an aspiring lawyer, Simpkins perhaps should have known that statements he made to the cops can and likely will be used against him when he’s arraigned next month in Boston Municipal Court.

The career-making lines allegedly include:

“This ain’t (expletive) because I work at the DA’s office. Don’t worry, I will beat this.”

“Dan Conley is a (expletive), but he’ll get you (expletives).”