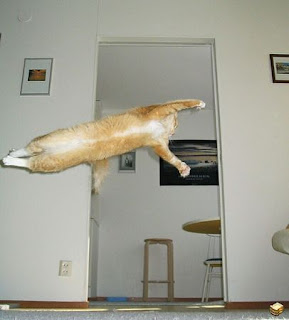 Never, never, ever throw a cat in anger.

A man in New York state is facing charges after throwing a cat at his wife during an argument.

The cat-throwing occurred when 25-year-old Paul A. Wood, of Palmyra, Wayne County, got into a domestic dispute with his wife at about 5.30am last Friday.

In addition to chucking the cat at his wife, Wood also punched a hole in the wall of their trailer park home.

The cat – which wasn't declawed, struck his wife on the back. Neither the cat nor the woman were injured in the cat-throwing, according to authorities.