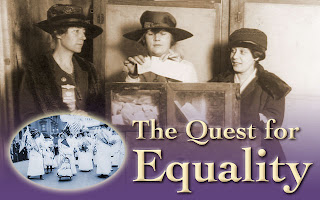 Equality and opportunity for women is reaching into all facets of American society.

I guess why not in crime as well?

Within the first month of 2009, city police have announced arrests of two females alleged to be involved in New Braunfels bank robberies.

Officials say this is a rare occurrence, which could be increasing.

The FBI recorded 101 bank robberies in 2008 in the area from San Antonio to Waco. San Antonio area FBI spokesman Eric Vasses said only two of them were committed by women, and one had a female accomplice.

Out of this year’s 10 bank robberies, Vasses said two of them had been committed by women.

“It isn’t something we see a lot of,” New Braunfels Police Department spokesman Lt. Michael Penshorn said. “We had two female bank robberies recently, but historically and statistically, there are more males than females committing violent crimes.”

“I’ve heard from several police departments that more females have been involved in violent crimes lately,” Vasses said. “There was a time when there were nearly no female criminals. It is an equal employment opportunity issue, though.”

Penshorn said aside from the two bank robberies, he has not seen a significant increase in female criminals.

“People commit crimes regardless of gender,” he said.

Tonya Renee Martin, 41, was arrested after officers allege on Nov. 19, 2008, she beat and tied up her 68-year-old mother and took her own 6-year-old daughter to a known drug-trafficking apartment in Austin.

On Dec. 2, 2008, Davia Ann Clark, 39, received an 18-year jail sentence after pleading guilty to five charges, including forgery and fraud.

Laurie Lynette Wolfe was arrested by San Antonio Police Department in early January. Police allege she committed at least five robberies, including a Dec. 29 heist at the International Bank of Commerce inside H-E-B on South Walnut Avenue.

Within weeks of Wolfe’s arrest, police arrested Mary Jo Munoz, who they allege robbed the Wells Fargo Bank at 1000 North Walnut Ave.. Neither woman used a weapon in the robberies.

On Jan. 15, officers allege April Wyne Diaz, 24, shot and killed her one-time step-father at their residence.
Posted by Sam at 6:32 AM