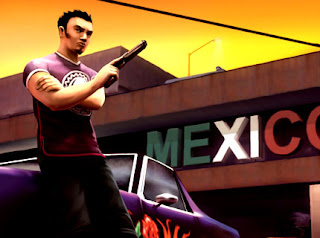 Its rather frightening as to how brazen the Mexican drug cartels are becoming.

Attacking a TV station? While they are doing a news broadcast?

Gunmen attack TV station in Monterrey
Associated Press -
MONTERREY, Mexico -- Masked gunmen opened fire and tossed a grenade at a Mexican television station as it aired its nightly newscast Tuesday, leaving behind a message warning the station about its coverage of drug gangs.
No injuries were reported in the assault on the Televisa network's studio in the northern city of Monterrey. It was the latest in a series of attacks on journalists covering drug cartels in Mexico.
Televisa Monterrey director Francisco Cobo said the masked gunmen arrived in two pickup trucks and opened fire during the station's evening newscast.
Two news anchors asked for police help on the air.
The assailants left a message outside the station that read: "Stop reporting only about us, also report about the narco-officials. This is a warning," Cobo told the El Universal newspaper.
The attack comes as drug cartels wage bloody battles over turf and smuggling routes. The gangs have been known to kill journalists who report drug violence.
Officials say at least 5,300 people died in Mexico in drug-related slayings in 2008.
The federal Attorney General's office confirmed Tuesday's attack in a statement and said it would take over the investigation.
Posted by Sam at 7:05 AM