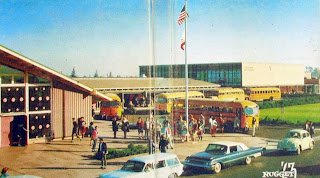 Its always better to have a firm written and enforced pick-up policy to prevent any tragedy from happening.

Pick-up time at elementary schools can be a hectic time for parents, children and people assigned to the job. Schools strive to have fail-proof safe systems that are also time efficient.

There is no set black-and-white district-wide policy in place at either Comal or New Braunfels Independent School districts, but Kari Hutchison, Comal ISD spokeswoman, said that is because each campus has different needs and sets its own policies.

An open records request filed for the policies from both area districts found all campuses dictated similar policies to parents or guardians picking up children, but there were inconsistencies.

All but two Comal campuses — Specht Elementary and Rebecca Creek Elementary — specified in their handouts, newsletters or e-mails that people picking up children must place signs with their children’s information on their dashboard or hanging from their rear-view mirror.

Though the handouts say parents without tags must go directly to the front office and sign in to pick up their children, several cars waiting in line to pick up their kids were not displaying tags.

“At the beginning of the year, the parents all have the cards in their windows,” said Lyndon Langford, principal at Goodwin Frazier Elementary School, “but the parents aren’t as diligent with the cards as the year goes on — people know the parents and the cars they drive.”

That attitude was echoed by Cris Vasquez, principal of Seele Elementary.

Although the main complaint of parents or guardians waiting in line to pick up their children in both districts was time management, there were some who had worries.

“The system could be improved,” Dulce Gonzalez said while waiting in line at Seele Elementary to pick up her second-grade daughter. “They need to enforce rules more heavily so a child can’t be picked up by just anybody.”

She said her sister picked up her daughter at the school and was not asked for identification.

“She just told them, ‘I’m her aunt,’ and they said ‘OK’,” Gonzalez said. “That’s what makes me nervous. They should ask for identification.”

Ben McKinney said he has gotten off work early enough to pick up his third-grade daughter at Goodwin Frazier Elementary only about five times so far this school year.

“I’ve actually never been asked for I.D., and I know they don’t recognize me,” McKinney said. “My daughter always recognizes me. Now that I think about it like this, it’s pretty scary though.”

Between February 2005 and September 2008, more than 2,000 cases of child abduction were reported, said Nancy McBride, the National Safety Director at the National Center for Missing and Exploited Children.

McBride said 37 percent of the cases occur between 2 and 7 p.m., and 72 percent involved a child being abducted by a vehicle.

“Obviously, these incidents are happening around the times children are being picked up from schools,” she said.
Posted by Sam at 7:14 AM