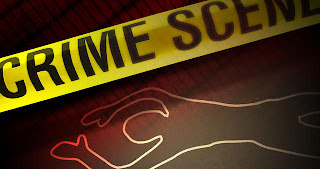 Well, he had his big boy pants on.

Will he be looking at big boy punishment?

Only time will tell if he gets certified to stand trial as an adult.

15-year-old charged with capital murder
Associated Press -
WACO — A 15-year-old boy charged with capital murder in the slaying of a man last week also has been charged with kidnapping a woman and her child last month, authorities said.
The teen was arrested late Friday in the death of Gregory Lewis, a 48-year-old found shot on a road Tuesday. Lewis had been shot several times in the lower torso but was alive when police arrived. He later died at a local hospital.
The teen, whose name was not released by police because he is a juvenile, was arrested late Friday and is charged with capital murder and two counts of aggravated kidnapping, Waco police spokesman Steve Anderson said in a story published online Sunday by the Waco Tribune-Herald.
Information on the teen's bond was not immediately available Sunday.
Anderson said money was taken from Lewis, making the crime a capital offense.
During the shooting investigation, the teen also was linked to the Dec. 29 aggravated kidnapping of a 24-year-old woman and her 2-year-old daughter, Anderson said. He said the mother and daughter had pulled into an apartment complex when a man approached her car, displayed a pistol and told her to get into the back seat of the car with her child.
As the victim got into the back seat, three other men ran up and got in the car. Anderson said one of the three men also had a pistol.
The men took the woman's purse and drove her to an ATM, telling her that if she didn't withdraw money, they would kill her and her child, Anderson said.
The men dropped the woman and her child off when she couldn't withdraw any cash because her account was empty, Anderson said.
One of the other men allegedly involved in the kidnapping, 20-year-old Clifton Yudell Dobbins, was arrested Friday and charged with two counts of aggravated kidnapping, Anderson said.
A McLennan County Jail spokeswoman said Dobbins is being held in lieu of $20,000 bond and remained jailed Sunday morning.
An attorney was not listed for Dobbins.
Posted by Sam at 7:00 AM