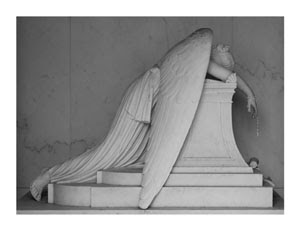 This one according to the LAPD apparently may have been precipitated by a job loss.

WILMINGTON, Calif. -- A man apparently upset about his job situation killed his wife and five children before committing suicide at their home, police said.

Police investigate after the discovery of seven bodies in a Wilmington home.

Responding to a report of a shooting, cops made the grisly discovery of the bodies of a man, a woman, an 8-year-old girl, two 5-year-old twin girls and a set of twin 2-year-old boys, according to LAPD Deputy Chief Kenneth Garner.

"He was despondent, clearly, over his job situation," Garner said of the father.

The gruesome find was made shortly after 8 a.m. in the 1000 block of MacFarland Avenue, said Officer Sam Park of the LAPD's Media Relations unit. Wilmington, about 18 miles south of downtown, is a 10-square-mile community adjacent to the Port of Los Angeles.

Police said the bodies were scattered throughout the McFarland Avenue house.

Either before or after killing his family, the man sent a two-page typewritten letter to KABC-TV, Garner said. The Burbank-based television station called police in that suburb, Garner said.

"Obviously he wanted somebody to find the bodies," Garner said.

"In the note, he clearly said he was going to kill himself, his wife and his kids," Garner said.

Authorities withheld the names of the dead, pending family notification.

Los Angeles firefighters and paramedics were also dispatched to the site. News helicopters showed a sizable two-story tract home with a red tiled roof on a tidy street. A children's playset was in the backyard.