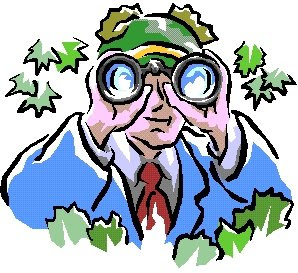 Its like having a whole other set of law enforcement eyes out there.

Keep up the good work folks and phone it in.

The warrants division at the Comal County Sheriff’s Office has announced that it has arrested more than 450 fugitives total through its 10-most-wanted campaign.

The program kicked off on Nov. 21, 2001, and warrants clerk Teresa Simpson said it has helped authorities arrest 460 people wanted in Comal County. Every Tuesday, information and mugshots for the 10-most-wanted fugitives run in the Herald-Zeitung, which Simpson said has spurred several responses from the community.

“We always have people calling us,” Simpson said. “We’re always receiving good tips and paying people out for their help.”

She said the program, through Crime Stoppers, has paid more than $10,000 in rewards to people calling in with tips.

“Everything is confidential,” she said. “We just get the information and don’t even want to know who is calling. We give them a number to call to collect their cash reward.”

“We don’t want to know who is calling on the phone — we just want the information,” Wommack said. “That person on the phone could end up being one of next week’s most wanted, but they’re still giving us helpful hints.”

Wommack, Simpson and two other officers in the warrants division — Rick Montaneza and Eddie Luna — reminisced recently on some of the more interesting cases they’ve handled.

Simpson said sheriff’s deputies had to chase one man into the belly of a trailer.

“They knew he was in the building, but they just couldn’t find him,” she said. “They heard him make a noise like an ‘oh’ or ‘ouch,’ and realized he was in the air-conditioning vent.”

She said deputies outside the trailer could see the frame of the trailer move as he crawled along the vents. He was fished out and arrested.

“We find people in all kinds of places,” Luna said. “Under beds, inside their mattresses, lying in their bathtubs — all kinds of unusual places.”

Simpson said they were considering meeting with Crime Stoppers to push the program further.

“We want to be able to pay out more for the No. 1 most wanted and maybe even double the pay for tips on people we’ve been looking for,” she said.

No one at the office could say Friday how many convictions have resulted out of the 460 arrests.

The list of the 10-most-wanted fugitives is printed in the Herald-Zeitung every Tuesday and can be found through Comal County’s Web site here: