Cut his damn beard off and go trial already! 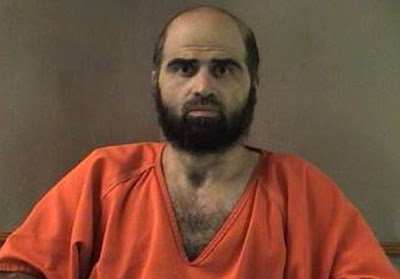 Let's get to it already.


FORT HOOD — If things had stayed on schedule, a trial would have started two weeks ago for Army Maj. Nidal Malik Hasan, but instead a judge and his attorneys have sparred over a thick beard he has grown in violation of Army regulations.

The start date of his trial, Aug. 20, has come and gone, and on Labor Day weekend no one knows when Hasan will finally face a jury.

Observers familiar with the case say the trial could begin before the third anniversary of the Nov. 5, 2009, rampage that left 13 dead and 32 other injured — or after it.