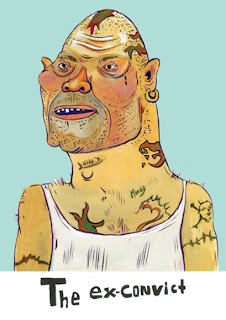 So my my guess is that the ex-con who shot his ex-girlfriend will soon be ex-free for the rest of his life.

Jurors returned a quick guilty verdict Wednesday in the aggravated assault trial of a man who admitted firing a .22-caliber revolver bullet into the face of a woman he later would marry.

Josephus Duncan, 27, now faces up to life in prison for the July 21, 2008, shooting of Cheree Townsel, who was his on-again, off-again girlfriend at the time. His punishment range was enhanced because of prior felony convictions.

Testimony for the punishment phase of the trial will begin Friday morning in 227th State District Court.