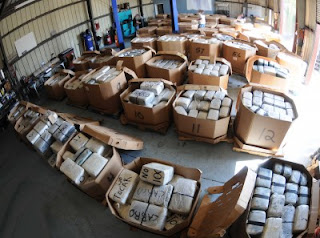 That is a whole bunch of weed taken out of circulation.

But, unfortunately its probably only a small fraction of what gets through.

The seizures occurred from stations from Brownsville west to Rio Grande City and north to the Falfurrias and Sarita highway checkpoints, with Falfurrias accounting for close to six tons of the more than 11 tons seized.