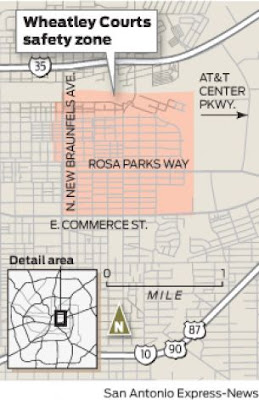 Gang targeted on the East Side
By Guillermo Contreras - Express-News


A new gang injunction makes it illegal for some suspected members of a violent street gang to congregate within a 1-square-mile area on the East Side that for years has been plagued by gang violence and drug dealing.

One of those named is a juvenile.