I hate when this happens! 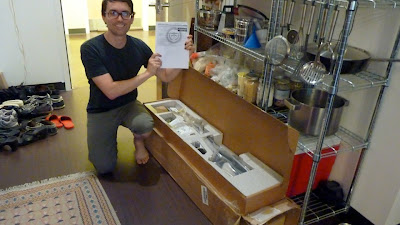 You were supposed to use it to go out and get a TV!

WASHINGTON (AP) — A Washington musician who ordered a flat-screen TV from Amazon.com was shocked to receive a semiautomatic assault rifle instead.

Thirty-eight-year-old Seth Horvitz says he purchased the 39-inch television from a third-party seller. A box arrived from UPS on Tuesday evening, and it seemed too small to contain the TV. He says he initially thought it contained accessories.

But when he opened it, he found a Sig Sauer military-style rifle. He says he had never held a gun before he felt the trigger of the rifle.