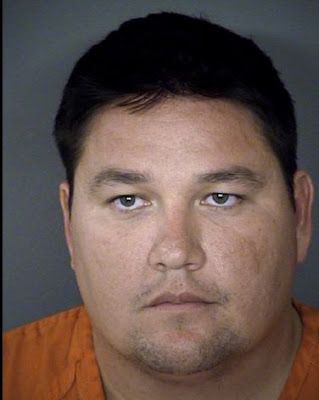 Naah, hanging's too good for him.

Let's wait at least until he is found guilty beyod a reasonable doubt then send him to prison.

A 26-year-old man who police arrested on charges of aggravated sexual assault of two girls, ages 8 and 13, remained in the Bexar County Jail on Saturday.

Geoffrey Joseph Mosel was arrested on two warrants Friday and bond was set at $150,000.

According to an arrest warrant affidavit, the girls told an older female relative about the abuse and said Mosel threatened to kill them and their families if they told anyone.