Color me a wee bit skeptical 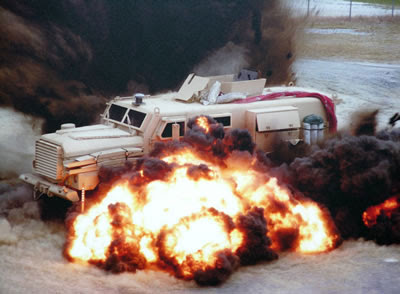 Or is it another power grab?

Besides I am more concerned about DWI drivers and wrong-way drivers.

WASHINGTON — Improvised explosive devices, like those that have killed and maimed thousands of American soldiers in Iraq and Afghanistan, pose a growing threat across Texas and the United States, leading to calls for urgent cooperation between U.S. military experts and civilian law enforcement officers.

He also highlighted the challenges his team faces trying to train stateside law enforcement agencies to detect, disarm and defeat the devices.