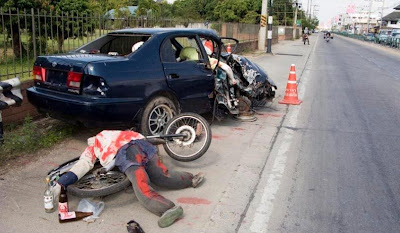 Gee, this a shock.

A Bexar County jury actually sent someone to prison for an Intoxication manslaughter and assault.

Yeah it wasn't DWI murder but it might as well be considered as such in my mind.

A construction worker convicted of killing a teenage girl and injuring her passenger while driving drunk was sentenced to 12 years in prison Tuesday.

A jury ordered Hector Gramajo, 32, to nine years in prison for intoxication manslaughter in the death of Andrea Blanco, 15, and three years for intoxication assault, terms state District Judge Mary Román chose to stack for a total of 12 years.