Of course it is in Iraq 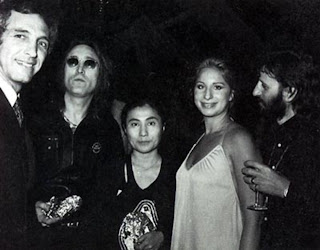 Great work if you can find it.

FBI Agents Paid For Attending Cocktail Parities, Watching Movies
— Judicial Watch Blog
The government agency that protects the United States against terrorist and foreign intelligence threats bilked taxpayers millions of dollars by encouraging employees to collect extra pay for attending cocktail parties, exercising and watching movies.
For nearly five years Federal Bureau of Investigation (FBI) agents working in Iraq were actually instructed by superiors to bill the government for 16-hour work days seven days a week. The practice violated federal law and regulations and fleeced U.S. taxpayers out of nearly $8 million.
A scathing 88-page report, published this week by the Justice Department Inspector General, reveals that FBI employees temporarily assigned in Iraq charged the government an average of $45,000 each in extra pay. FBI counter terrorism managers encouraged the corrupt billing procedure for 1,150 agents that had been previously approved to each receive $71,000 for a 90-day tour.
Virtually none of the agents worked 16 hours a day every day for 90 days straight, according to the report. It further points out that numerous FBI employees actually claimed that their weekly “cocktail party was work because it was a liaison effort” with employees from other agencies.
The Justice Department Inspector General launched the investigation in late 2007 after an anonymous FBI employee blew the whistle that agents were billing 112 hours per week regardless of how many hours they actually worked. The worst part is that the idea to bilk taxpayers came from agency supervisors who enabled the practice for years.
Posted by Sam at 5:16 AM