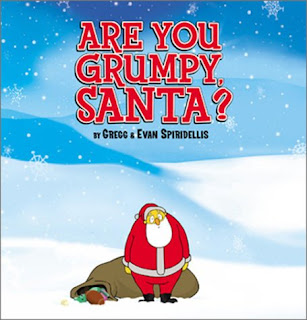 Nah, he wasn't a burglar.

He was on an advance scouting mission for Santa Claus.

Alleged Missouri burglar found stuck in chimney
ST. LOUIS (AP) -- Santa aside, that trip down the chimney doesn't work so well after all.
So a man in St. Louis found out early Wednesday. Police say he was a burglar, and he was arrested after a harrowing three hours inside the chimney of a business.
Authorities were called at 3 a.m. to a pawn shop, where the man was wedged in the chimney, unable to move. After about three hours, rescuers were able to knock away bricks and free him.
He was taken to a hospital for evaluation. The man's name has not been released.
Posted by Sam at 7:29 AM