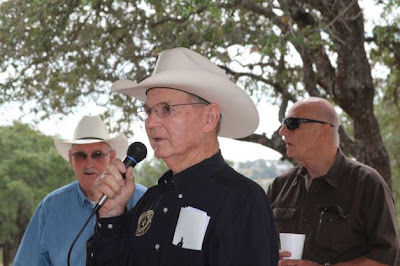 Hoping for a speedy and complete recovery Judge Schroeder.

BOERNE — Kendall County Judge Gaylan Schroeder appeared frail, and at times disoriented, upon returning to the dais Monday from a four-month medical leave after having seizures in January.

“Somebody tell me what we just did,” he said after joining commissioners in voting to not pursue the creation of a new state district court here during the current legislative session.

Schroeder, 73, had largely recovered from two strokes in late 2011 before the setback, which limited his recent service to infrequent courthouse visits and briefings at home.