Wichita is where its at this morning Baby! 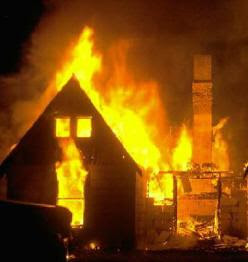 These guys win the stupid award of the day!

Two brothers who were celebrating a $75,000 winning lottery ticket by purchasing marijuana and meth accidentally blew up their house on Friday, said Sgt. Bruce Watts of the Wichita Police Department.

The explosion sent one of the brothers – a 27-year-old – to the hospital, where he remains in serious but stable condition with second-degree burns on his hands, arms and chest.

The other brother was sent to jail, Watts said.

The brothers were in a house in the 100 block of North Nevada Court, near Douglas and West Street, about 7 p.m. Friday, Watts said. One of the brothers went to the kitchen to refuel the butane torches they planned to use to light their bongs. He emptied a couple of large cans of butane lighter fluid, leaking butane into the air.