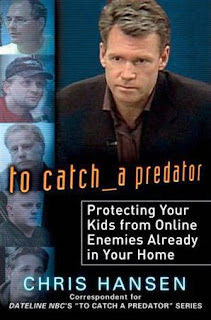 Particularly with respect to a man of the cloth who used his position to prey on innocent victims.

Nope, not sorry to hear this in the least.

With his last appeal exhausted, a life sentence stands for a man — an ordained minister and youth organization volunteer — who was convicted in 2002 of sexually assaulting an 11-year-old girl, according to the Wichita County District Attorney’s Office.

The Texas Court of Criminal Appeals, the highest criminal court in Texas, Wednesday denied the appeal of 49-year-old Vincent Eugene Turner, who was convicted of aggravated sexual assault stemming from an August 2000 incident at a youth facility in Wichita Falls.

“Vincent Turner is one of the most vile monsters that I have prosecuted in my 15-year career,” said Maureen Shelton of the Wichita County District Attorney’s Office. Now the first assistant criminal district attorney with Wichita County, Shelton was the lead prosecutor on the case in 2002. “I’m glad the Court of Criminal Appeals denied his appeal. I’m tired of courts letting criminals out on technicalities. Turner will spend the rest of his life in prison where he cannot harm another child.”