You are now up to date 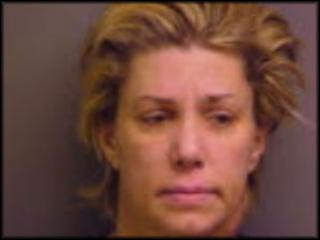 I always want to keep my readers abreast *ahem* of the latest news.

Bradenton, Florida -- A local woman is under arrest on charges she used a bad check and then stolen credit card information to pay for her breast augmentation surgery.

Julianne Marie Johnson, 44, is being held in lieu of $105,000 bail on charges of grand theft, passing a worthless check and fraudulent use of a credit card, Manatee County jail records show.

Sheriff's investigators say Johnson initially paid a plastic surgeon with a check the bank returned because the account was closed. She then used account information she stole from an acquaintance to pay the bill, they said.

The acquaintance noticed $100 worth of flowers and champagne also had been charged to his account. Detectives traced those transactions to the PGA National Resort and Spa in Palm Beach Gardens.

They said they went there to take her into custody. When they found her, she was having a massage at the spa.