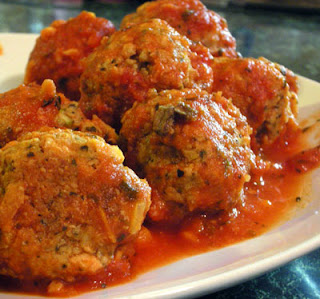 This is just utterly reprehensible.

Looking forward to saying howdy to the perp or perps.

Poisoned meatballs took the lives of two dogs this weekend in a case police are calling “unusual.”

Conny Maus said she was sitting on her back porch with her four dogs when they started growling at something.

“I walked over to the fence where they were and I noticed they were gathered around some meatballs,” Maus said.

She said later that day, the dogs began acting strangely and were clearly ill.

“I checked the gums and tongue of the little one,” she said. “They were very dark and discolored. It was clear they were poisoned.”

She said two of her dogs — D.C., a 2-year-old Corgi mix, and Lady, a 5-year-old German Shepherd mix — died from the poison. The other two dogs, Peggy and Mouse, lived through it, but were ill.

“They just got back from the vet today,” Maus said Tuesday. “They’re clearly not the same anymore. They just lie around and seem sad and sick.”

Police say they have suspects and are checking into leads.

“We sent the meatballs off to a lab to be tested,” New Braunfels Police Department spokesman Lt. Michael Penshorn said. “This is a pretty unusual case, but it’s definitely animal cruelty.”

He said animal cruelty is a felony charge.

“I feel like this was done personally to me,” Maus said. “Two of my dogs are dead, and I don’t know why.”