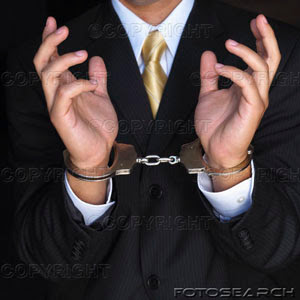 Police give man with handcuffs another pair

BARNSTABLE, Mass. — A Massachusetts man who walked into a police station and asked for help removing a pair of handcuffs dangling from one wrist ended up wearing another pair instead.

Barnstable, Mass., police Sgt. Sean Sweeney said 21-year-old Allahmanamjad Barbel showed up Tuesday claiming he couldn't get off the cuffs his sister slipped on him at a child's birthday party.

Police ran Barbel's name through the state warrant system and discovered he had outstanding warrants on charges of driving with a suspended license, leaving the scene of an accident, threatening to commit a crime and making annoying phone calls.

Sweeney said police removed the cuffs — then slipped on a new pair to arrest him.

They never confirmed his story about the party.